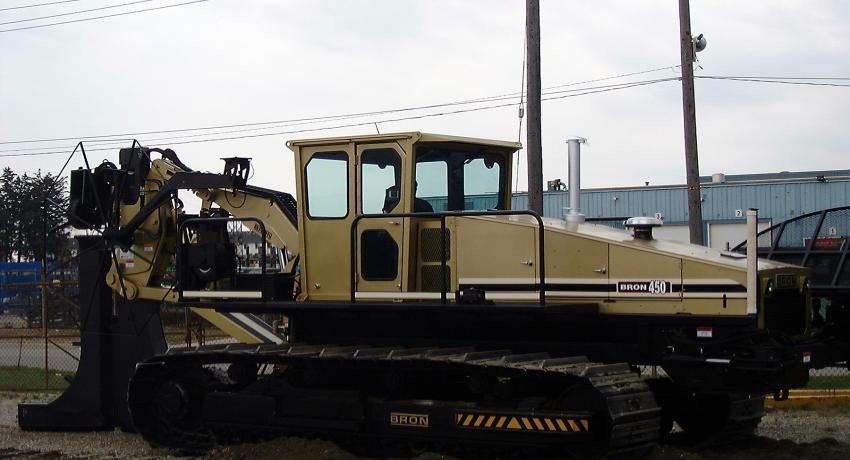 In 1982 the very first BRON, Self Propelled Drainage Plow was fabricated.

The machine appearance looked different in 2002. The Operators station was completely redesigned. The cooling system was improved, and the sloping front hood was introduced.

In 2005, the first Tier 3 engine was installed in BRON Plows.

A complete redesign was introduced in 2010. A new operator’s station was launched. Machine body tilt, which was initially offered as an option as of 2001, was made a standard feature on all BRON Drainage Plows. Plus 1 Controls, were added in 2010 and the cooling system was once again updated. Both Caterpillar & Cummins Engines became available on BRON 450 & 550 Drainage Plows.

In 2018 the BRON 550, underwent a complete remodelling. A new mainframe was designed. A tier 4 engine was installed. Diesel Exhaust Fluid or DEF is required with this model. The cab layout was reconfigured, a larger improved Cooling Package was installed, A rotary actuator now powers the onboard reel. A larger drive package which gives the contractor faster travel speeds and improved torque is available as an option. The DL850 Plow is standard. The new machine is the BRON 585.